Late Apples: What Are the Best Varieties?

As summer draws to a close, it’s time to start thinking about late plantings. Winter seedlings or late apples are those varieties that survive in the colder months. These varieties can withstand extremely low temperatures and severe frosts thanks to increased winter resistance.

Due to this exceptional endurance, some varieties of late apples can survive until summer. Interestingly, these apples are not ready to eat immediately after harvesting. Instead, these fruits are best consumed a few weeks or months after picking.

Long storage time and suitability for all types of processing are just some of the advantages of apples such as Golden Delicious, Idared, and Jonagold.

In addition, these and similar apple varieties are easy to transport and have a stable aroma and taste.

First grown in New Zealand, the Gloucester apple began mass production in the middle of the last century. This highly productive plantation variety is harvested at the very end of September.

After picking, Gloster can be stored in cold storage. It has a sweet-sour taste and a mild aroma. The Gloucester fruit is large, and the apple usually has a greenish color.

This variety of late apples is excellent as a pollinator for other varieties.

At the end of the 19th century, we got the first Golden Delicious, and mass production began at the very beginning of the 20th century. Today, Golden Delicious is the most common apple variety on the planet.

Although it also belongs to high-yielding plantation varieties, this apple is not harvested in the same period as Gloucester. The picking of this variety starts a little earlier, in mid-September.

In our region, Golden Delicious is often grown, and the fruit of this late apple is juicy, sour, and sweet at the same time. Symmetrical, the apple is greenish-yellowish during harvest and then acquires a lemon-yellow hue.

The fruit’s skin, although smooth after harvest, the fruit’s skin can quickly lose its charm. When the skin shrinks, the fruit loses weight. However, this can easily be prevented by storing in plastic films.

Another well-known variety of late apples is Red Delicious. This medium-sized tree is famous in our region. Many growers produce this very variety of apples.

Red delicious has large round fruits. However, the fruit is shaped like an inverted pyramid at a young age. As it ripens, the fruit changes, and the apple acquires the bright red color it is known for.

Many people like this apple variety for cakes because of its sweet and aromatic taste, but it is also a good choice if you are looking for a serious choice of vitamins. This apple has the highest concentration of antioxidants compared to other varieties.

The red delicacy is very easy to store and thanks to transport.

Granny Smith is an apple that we got from Australia. It is believed that this tree gave birth for the first time in the second half of the 19th century. A medium-productive plantation variety, Granny Smith is also used as a pollinator for other varieties.

This apple is harvested last in the season, at the end of October. Crispy and sour meat does not contain a high amount of sugar. The fruit is green, and in some continental regions, it can be reddish. What is interesting is that this fruit has a very regular round shape.

By crossing the Wagener and Jonatan varieties, we got the Idared apple variety. For the first time, these apples appeared in America, and they began to be mass-produced at the end of the first half of the 20th century. In our region, these are the most popular late apples.

This highly productive variety is ready for picking already at the beginning of September. Creamy and firm at the same time, the flesh of the Idared apple is juicy and tart.

Very large, mostly asymmetrical pods have small and dense whitish spots. This variety also does not have a high concentration of sugar.

As they tolerate transportation well, these apples can be stored in refrigerators safely until April, and sometimes until June.

This variety was also first produced in America, and mass production of fruit under this name began several decades after the Idared variety. This highly productive apple is harvested at the end of September, but it is one of the species that is not a good pollinator for other varieties.

By crossing the Zlatni delišes and Jonatan varieties, we got this apple whose flesh is juicy and sour-sweet. Large fruits are usually of the regular round shape. The skin of the fruit is mostly yellow, while in some parts it is covered with orange or red color.

These apples can be stored in refrigerators until mid-February, and with the right conditions, even until June.

In New Zealand, the Braeburn apple variety was discovered in the middle of the last century. This is one of the most famous commercial apples today.

Crunchy, juicy, and rich in flavor, the Braeburn apple has a sharp and refreshing taste. It ripens for harvest in the second half of October and the fruit is mostly small, and conical in shape.

The light green color of the young fruit later turns into a deep red, which makes this apple irresistible both in appearance and taste.

Many late apples have a lot of advantages. As they can be stored for a long time in cold storage, these apples are profitable. Rich harvest and strong structure are the main assets of these varieties. 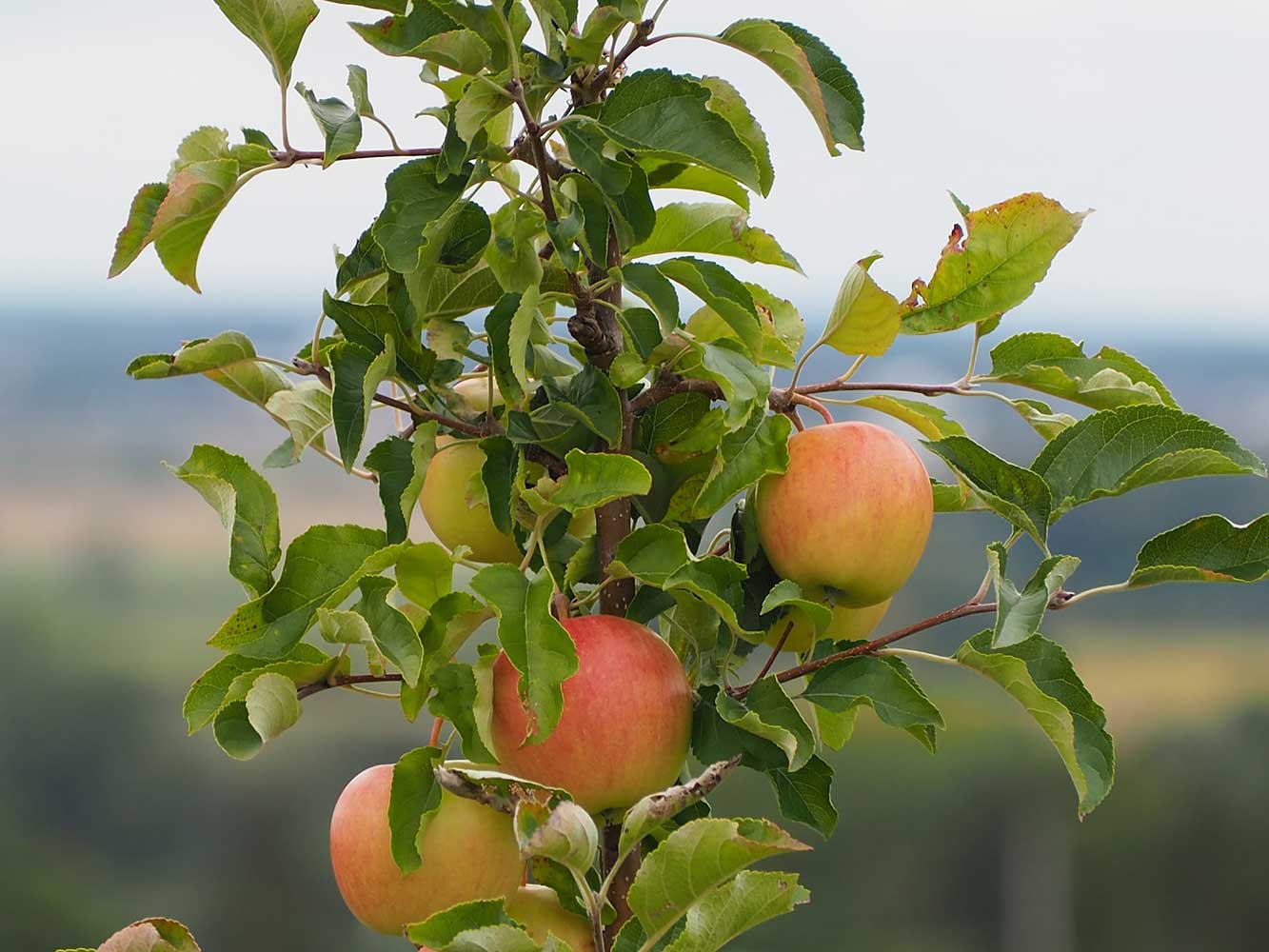 Late Apples: What Are the Best Varieties? 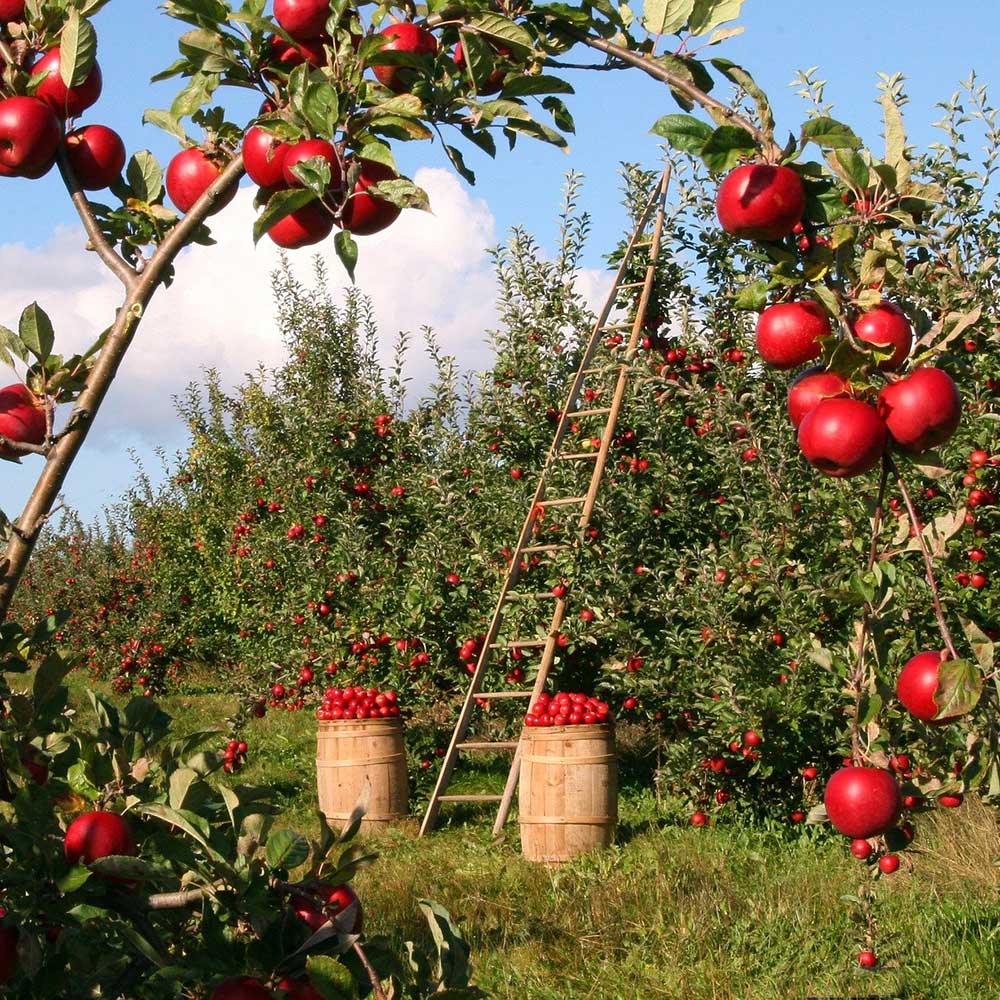 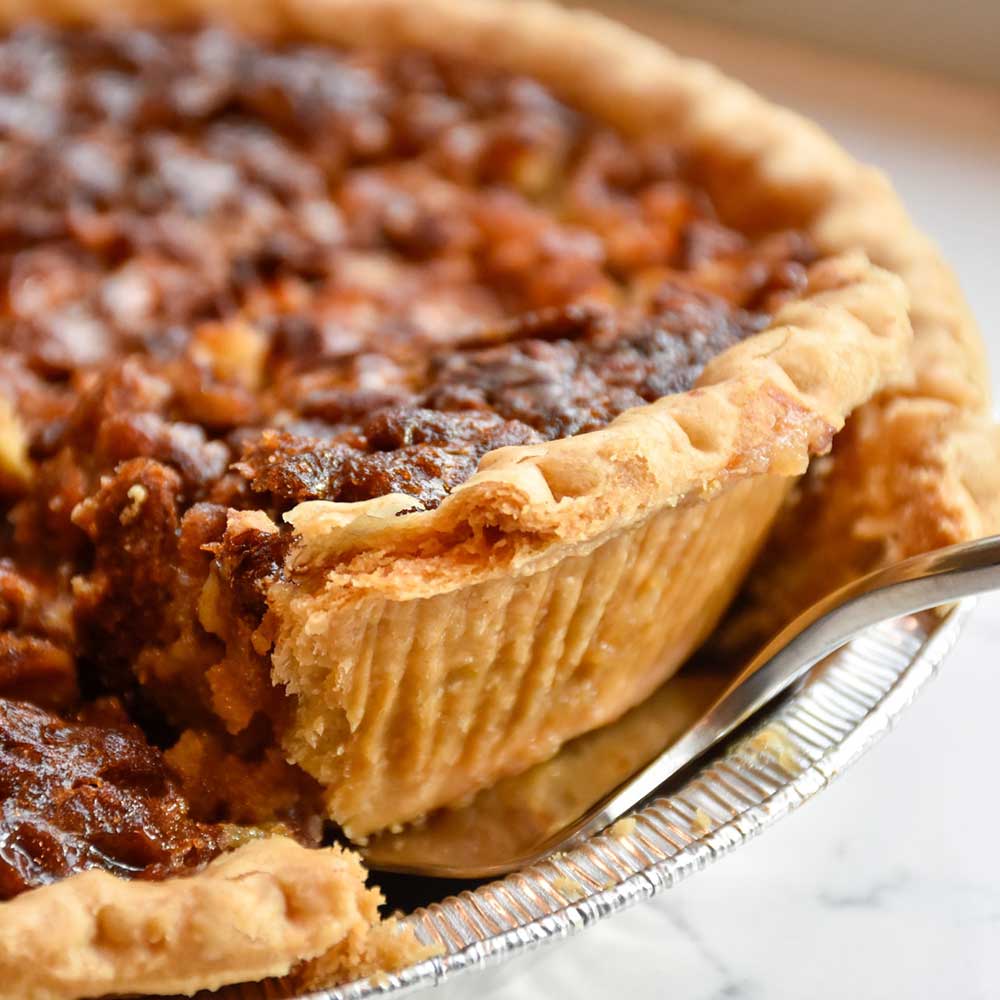 How to Make the Best Apple Pie? 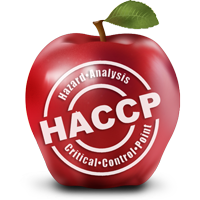 2022 © Frueko | Powered by Digital Strategy One